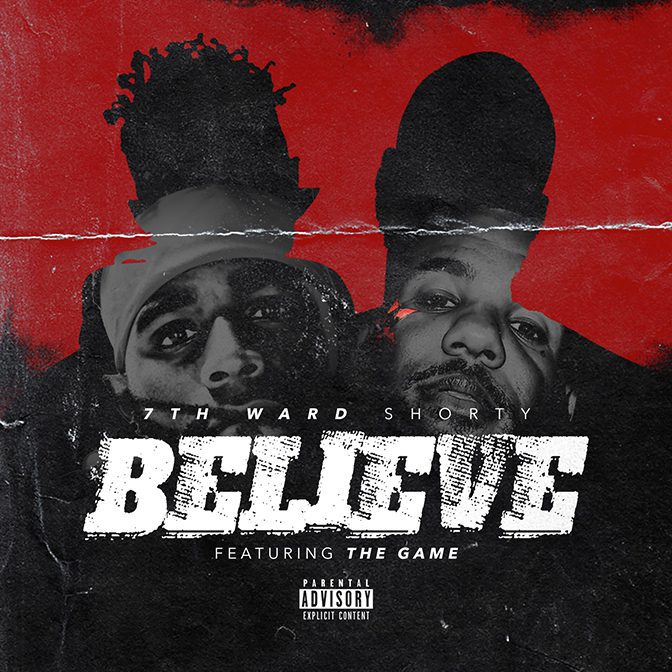 With the influx of artists claiming rap, the game has become watered down, but New Orleans very own 7th Ward Shorty holds true.

Euell Devalle Sylvester, a New Orleans artist on the rise, is next in line to pick up the torch from the city’s legendary Fireman, Lil Wayne. With his earlier years being surrounded by the influence of music, it planted the seed that sprouted into a deep love and passion for melodies and lyricism. Shorty would often manifest this passion for music on the mic as a gospel rapper, showcasing the latent potential to his abilities.

Over time, his craft became even greater refined, giving birth to his unapologetic flow and compelling vocals, a work of art only he can produce. It is this level of musical prowess that separates 7th Ward Shorty from other rappers seeking a spot in the rap game.

What Shorty has achieved, is rooted in hip-hops core culture. His creativity is that of his own which gives listeners a worthwhile experience. His music sounds like a blend of emotion and euphoria, meshing at just the right dosage to create music that is timeless in its sound and resonates when heard. It doesn’t come and go; it lingers and keeps on repeat in the mind. That is the sign of true talent, to create music that is evergreen, lasting no matter how far ahead time spans.

7th Ward Shorty has transformed his delivery and cadence into a fire that engulfs every beat that he touches. He is an inextinguishable flame burning his path to a seat at the top of hip-hops ladder. His level of creativity and genius was evident with the release of his debut album “Blue City,” which quickly garnered attention for its lyricism and composition of melody and flow.

All the cards were falling into place, and Shorty continued to play his hand. His work was a testament to his talent, and it brought with it a new set of accolades and opportunities to work with major artists in raps grand scheme. His hit single “You Ain’t Taking Nothing” featuring Gun Play, has amassed over 5 million streams worldwide and is still on the raise.

In 2019 he followed up on his musical success with the release of his second album “Stress”, which catapulted his musical career even closer to stardom. Many would settle after achieving such heights, but Shorty continues to elevate his status and foothold in the industry. In 2020, he kept the heat coming with the release of his third album “Big Shorty,” and while its predecessors were gems, Shorty has clearly risen the bar to his lyricism and flow yet again for his new album.

With hard work comes milestones, and Shorty has grown to the point of success, growing a following on social media and top streaming platforms. Not only are his efforts solidifying his position in the music game, but Shorty has taken the step towards dominating the business side of the industry with the creation of his own independent record label “Clear Bizness Entertainment” alongside business partner Greg Pulver, and Rahsaan Buggage.

Shorty continues to influence and captivate music lovers, growing ever nearer to sitting upon rap’s throne. His consistency and dedication to always evolve and sharpen his craft, are traits that only the greats in hip-hop hold. His name is sure to be known in hip-hops debate of the greatest to ever do it.