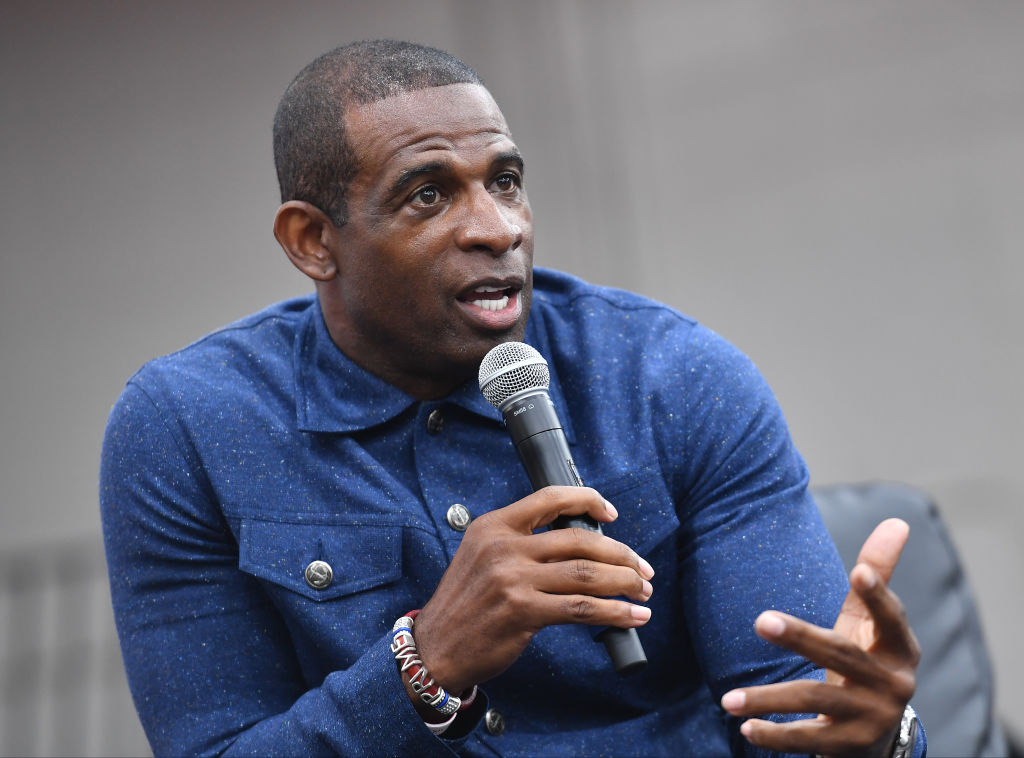 Well, it looks like Coach Prime is taking his talents up north.

This weekend, the world of College Football was buzzing with the news that Deion Sanders accepted a coaching job at the University of Colorado, leaving his headline-making gig at Jackson State University after three years.

ESPN reports that Coach Prime broke the news to his JSU players shortly after nabbing the SWAC Championship in a 43-24 blowout against Southern. He will finish out the season with Jackson State, competing against North Carolina Central for the Celebration Bowl on December 17.

This decision, understandably, received mixed reactions. While some on social media applaud the NFL Hall of Famer for creating another opportunity for Black coaches to get ahead in the sport, others see the departure of Sanders (and a few of his recruits, including his son, QB Shedeur Sanders) as a betrayal of sorts, yet another example of struggling HBCUs being passed up in favor of more lucrative offers from PWIs.

We’ll let you be the judge. Check out some of the reactions below.

If Deion Sanders leaves Jackson State & takes Shedeur, he proving folks right. Deion was preaching elevating HBCU programs & looks like he was just using JSU as a launching pad for his coaching career, which is fine, but don’t go around acting like it was for altruistic reasons.

Official statement from Deion Sanders on his decision to leave JSU for the University of Colorado: pic.twitter.com/MizLuFS7u6

Two things can be true.

One can be happy to see Deion Sanders advance his career. I believe he’s special & has the capacity to do something special any where he goes.

It just felt good to see him bringing all that Black power to a Black institution. His leaving has impacts.

Deion Sanders is being labeled a sellout for taking a job that is probably paying him 20 times more than what he was making at Jackson State.

Isn’t this whole thing about elevation? Getting to the next level in all stages of your life?

Wait, so Deion Sanders salary was $1.2 Million oveeeer 4 years which is $300K a year and he gave half away to improve the facilities… And people are mad he’s taking $5 Million a year over $300K. Bye. pic.twitter.com/ixmjJH9TSR

To those saying Deion Sanders is a sellout, consider this… pic.twitter.com/UqUZRjOwF7

Deion Sanders getting his first loss at Colorado after leaving Jackson State: pic.twitter.com/RPKfDagVsm

if the destination was Florida State or another top echelon team, i’d get it. but Colorado? that cheapens what Deion Sanders built at Jackson State and sends a message that a bad football program at a white college is better than the best HBCU. this ain’t it, Prime. https://t.co/BwkBSECnSG

Sorry yall getting are just Deion Sanders as a coach nothing more. Black Culture in Colorado is not included. Besides, yall want this “Energy” til yall get it then yall calling the Police anyway.