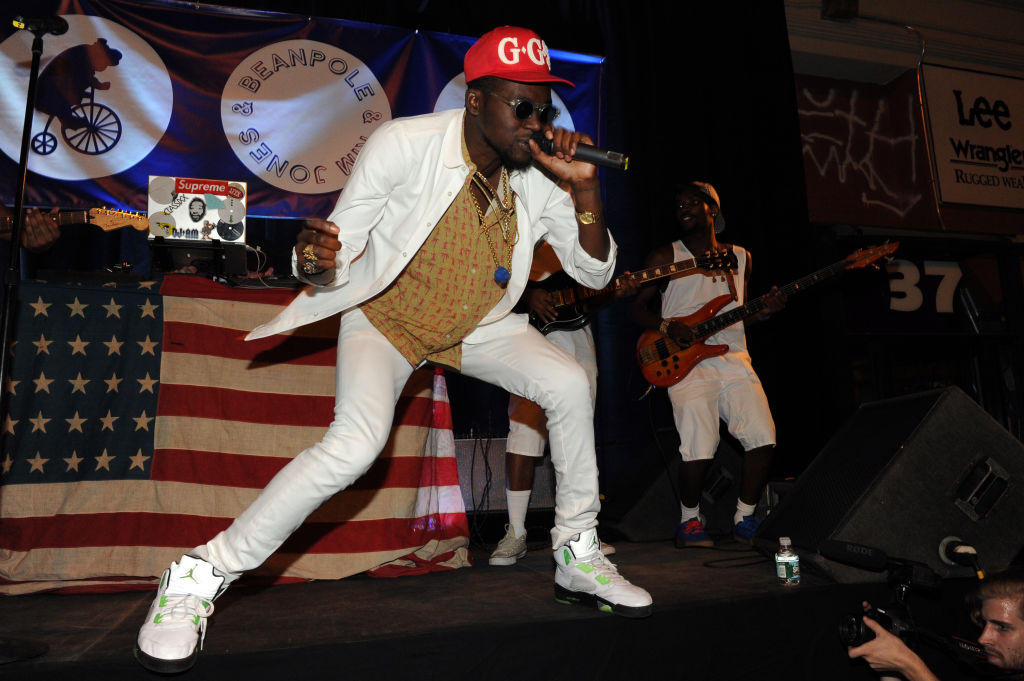 In a disturbing twist of events, especially during the holiday season, the family of rapper Theophilus London has reached out for help in their search of finding him after what they say has been months without a word of his whereabouts.

Based on his last social media interactions on Instagram, their worries may have some validation.

The Yeezy affiliate, whose 2014 album Vibes was executive produced by Ye, boasted back in July 2022 over a series of IG posts (seen above) about filming his first role in an upcoming film titled Demanded Supply and having Afrobeats star Burna Boy rocking his OFF-WHITE

“Bebey” boot collab inspired by a self-released 2020 album of the same name.

His family now says that’s the last time anyone has heard from London. Comments on his aforementioned recent IG posts, dating from one hour ago to one week ago, have all still gone unanswered.

More on this developing story below, via The Hollywood Reporter:

“London’s family filed a missing persons report with the Los Angeles Police Department on Tuesday, as the musician reportedly hasn’t been heard from since July, according to a statement. His team’s press release includes a message from London’s father, Lary Moses London, to let the 35-year-old rapper know that he is loved and that people are searching for him.

‘Wherever you are send us some signal,’ his father wrote, in part. ‘No matter what we will come get you son.’”

The “Last Name London” emcee’s cousin, Mikhail Noel, recently posted on his own Instagram account a message on behalf of the family. See what he wrote below, via @iamdjkellz:

“Over the last few weeks, friends and family of Theophilus London have been working together to piece together his whereabouts. The last time someone spoke with him reportedly stretches back to July 2022 in Los Angeles.

On December 27th, family members of Theophilus London traveled to Los Angeles to file a missing persons report with the LAPD. They are now seeking the public’s help with any information as to London’s whereabouts:

“Theo, your Dad loves you, son. We miss you. And all your friends and relatives are searching for you. Wherever you are send us some signal. No matter what we will come get you son.” – Lary Moses London, father of Theophilus London

London is 35 years old, Black, 6’2″, 175 pounds, with dark brown eyes. If you have any information regarding his whereabouts or well-being, please reach out to his cousin Mikhail Noel at his instagram account @iamdjkellz, or the LAPD.”

We’re praying here along with everyone that Theophilus London makes a safe return to his family and friends very soon. We’ll do our best to keep you all updated.