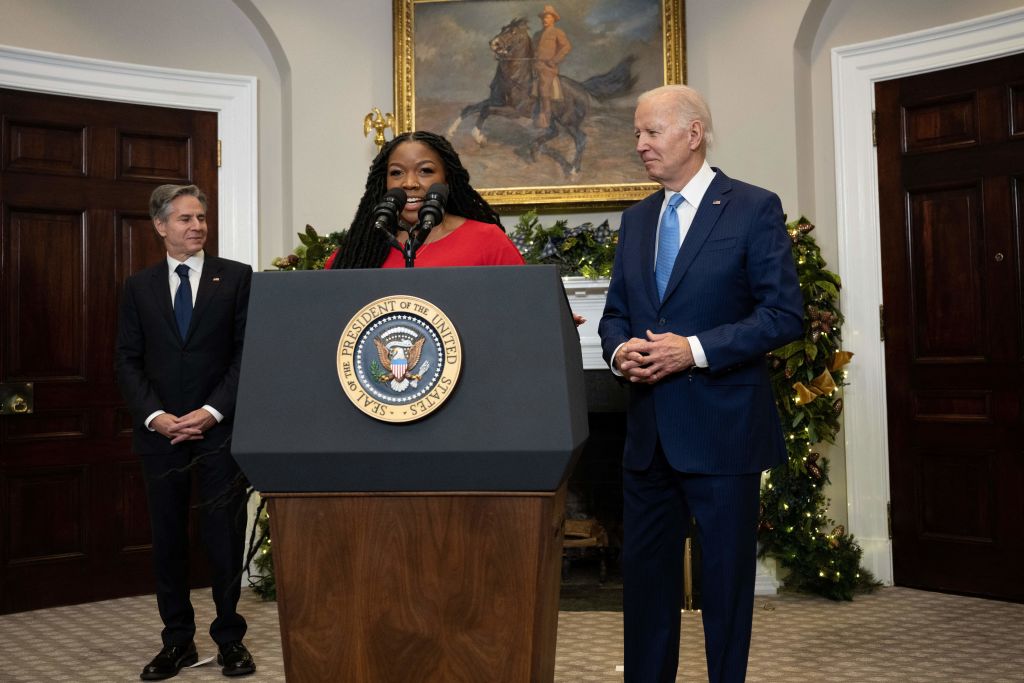 Ever since news broke that WNBA star Britney Griner was finally being released from a Russian prison Thursday morning, but like every topic in today’s society, once again the conversation turns into a political agenda.

Russ had to get a few things off his chest regarding the means of the release, the unjust nature of her imprisonment, and the hypocrisy coming from conservatives, and how Putin knows this strategy would continue to divide America, and scrolling through social media, his plans may have been correct, and that is something Russ says we can’t let happen.

What better way to divide America by sending home a gay black athlete who protest racial injustice. But leave a white marine there. Putin knows that will divide us. We can’t let that divide us because we’re all Americans.

Some colorful language may be unsafe listening at work, so here is your warning!

Watch Russ’s Rant regarding Britney Griner below and let us know your thoughts on social media!

Thank you for subscribing! Please be sure to open and click your first newsletter so we can confirm your subscription.

Read his full transcript below.

Sup, y’all. It’s Russ Parr and Merry Christmas. I know it’s it’s a little early for my rant, but I had to wake up and just, you know, I just have to do that show. Look, first of all, Brittney Griner. She’s an American, and anybody that’s held in captivity in a foreign country. We have to get them back. Joe Biden didn’t have a choice. He had one and Ron. Paul Whelan wasn’t involved at all. Nobody said anything about Paul wheeling when Trevor Reid was released. That didn’t make sense to me. But when this black woman is released, all sheets unpatriotic, she doesn’t stand up for the national anthem, and she protests injustice in the United States of America. Here’s what you have to understand. You can protest in the United States of America.

This is not China. You don’t get beaten in the streets. Well, sometimes you do. But we have that right that God-given right to protest. That’s part of being an American. But this all this she was unfit to be rescued. She was unfit. President Trump. You want to talk about unfitness, you are not fit enough to be the President of the United States. And you remember your protest. You can’t overthrow the government. That’s one thing you can’t do in the United States of America. That’s unfitness. But it’s this doesn’t make sense. I feel bad for Paul Whelan. I would love for him to come home. But it’s a different thing that he wasn’t up for negotiation. The President did what he had to do. But what bothers me is that you’ve got all you right-wing folks talking about, oh, she wasn’t worthy of it, and so on and so forth. How shameful is that? That is extremely shameful.

And what bothers me even more, as you’re not saying a damn thing from 2018 to 2020 when Donald Trump was the president? Did he try to get Paul Whelan out? He had two years. He was buddies with Putin. Why didn’t he call him say, man, let my boy out so I can look good. Did he do that? No, because he wasn’t thinking about him because he’s too busy thinking about himself. So don’t tell me that I’m an American that is unfairly and unjustly jailed, that there are unfit. They are unfit to be released under those circumstances. The hypocrisy is so real and disgusting. Now, listen, I realized it didn’t seem like a fair trade. And Putin is like, oh, yeah, look what we did. But Putin did something very clever. He knows that racism is at an all-time high, as always been an all-time high in America.

What better way to divide America by sending home a gay black athlete who protests racial injustice? But leave a white marine there. Putin knows that will divide us. We can’t let that divide us because we’re all Americans. We don’t get to pick and choose who gets to come home. It’s whatever negotiations will give you. So f*** all that and unfit s***. We had the most unfit presidency over the last six years. We’ll make that the last four before Biden got in because Biden is winning. And regardless of what you say he won because we got somebody home that was unjustly jailed. That’s my rant, y’all.