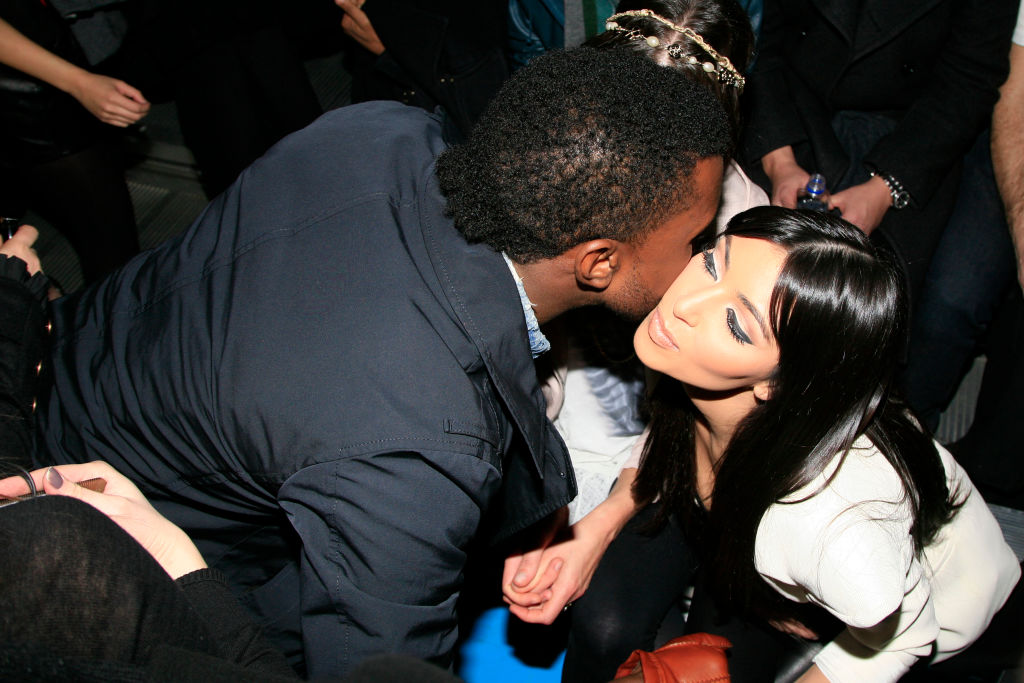 Everywhere you turn these days, there seems to be a Hollywood cheating scandal staring right back at you. From the recently-revealed shocking affair between Good Morning America co-hosts Amy Robach and T.J. Holmes — that story is still developing! — to Kanye West’s possibly manic-induced new allegations that he once caught NBA star Chris Paul with ex-wife Kim Kardashian, it appears half of Tinseltown is having a pretty rough time when it comes to telling their partners the truth nowadays.

Oh, and there’s also the now-retracted statement in court docs by RHOA star Cynthia Bailey that claimed infidelity from now-ex husband Mike Hill is what led to their speedy divorce. See, even the Real Housewives can’t catch a break!

Cynthia Bailey blames Mike Hill’s “adulterous relations” for their divorce. Hill says the court filing stating so, was an “error” and will soon be retracted

T.J Holmes & Amy Robach talking about training tips for running a marathon back in March

Reports are coming out that they quietly left their spouses back in August. pic.twitter.com/h5Ysi1tGS1

Whether for sheer entertainment purposes or simply due to the consequences of dating in the public eye, celebs somehow just can’t seem to get it right when it comes to finding love. Sure, the drama of it all makes for newsworthy content on a lackluster Tuesday night, but something about spending so much time planning out a proper dating announcement post, just to release a statement soon after that spells out the breakup, seems quite redundant. Unfortunately, that appears to be the norm amongst the stars we know and love.

While it’s not our intention to focus on the past, especially when it comes to affairs of a broken heart, it’s hard not to think of these famous failed relationships when considering what the current dating game is looking like amongst the rich and famous.

Keep scrolling for a look at 9 celebrity cheating scandals that we won’t soon forget given the current trend of infidelity in Hollywood. Let us know if we missed any professional “pumpkin eaters” below:

We really hope Khloe has learned her lesson by now after the countless, countless women Tristan has been infamously caught with over the years. We hope…

Many say karma is finally coming around to longtime gossip queen Wendy following the still-toppling fallout of her marriage to now-ex-husband Kevin after he got the mistress pregnant. Prayers up!

We think Ne-Yo is looking for a more polyamorous lifestyle after the explosive revelations of why him and Crystal decided to end their years-long marriage. Hey, they tried!

One word: “Entanglement!” These three set the textbook definition for why married couples should think twice before stepping out and bringing a third into the mix. This one still isn’t ending well.

Mariah Carey Says Derek Jeter Was the ‘Catalyst’ for Her to Leave Tommy Mottola: ‘It Was Beautiful’​ https://t.co/qf8FuZ7RT4

Most affairs are shrouded in negativity, but this tryst between a pop queen and MLB all-star proved to be the “catalyst” towards positive change in the words of Mariah herself. Their time together even inspired MC’s fan-favorite Butterfly album cut, “The Roof”!

It was no laughing matter when the famed comedian got caught in 4K cheating on his then-pregnant wife. Thankfully the couple was able to work past the issue and are still together today.

2014: Solange and Jay-Z have an altercation in the elevator after the Met Gala pic.twitter.com/T79M1W38hM

The general public will probably never be privy to what went down on that elevator after the 2014 Met Gala, or why it even happened in the first place, but the overall themes on Beyoncé’s Lemonade album, 4:44 by Hov and their joint project as The Carters titled Everything Is Love alludes to a slip-up occurring in their picture-perfect household. We’re just glad The ROC didn’t shatter in the process!

Eve though they’ve gone their separate ways now, many people forget that the decade-long run of “Kimye” actually started as an affair, with both cheating on their significant others at the time in order to be Hollywood’s premiere “It” couple. It’s funny how karma tends to work in the end…