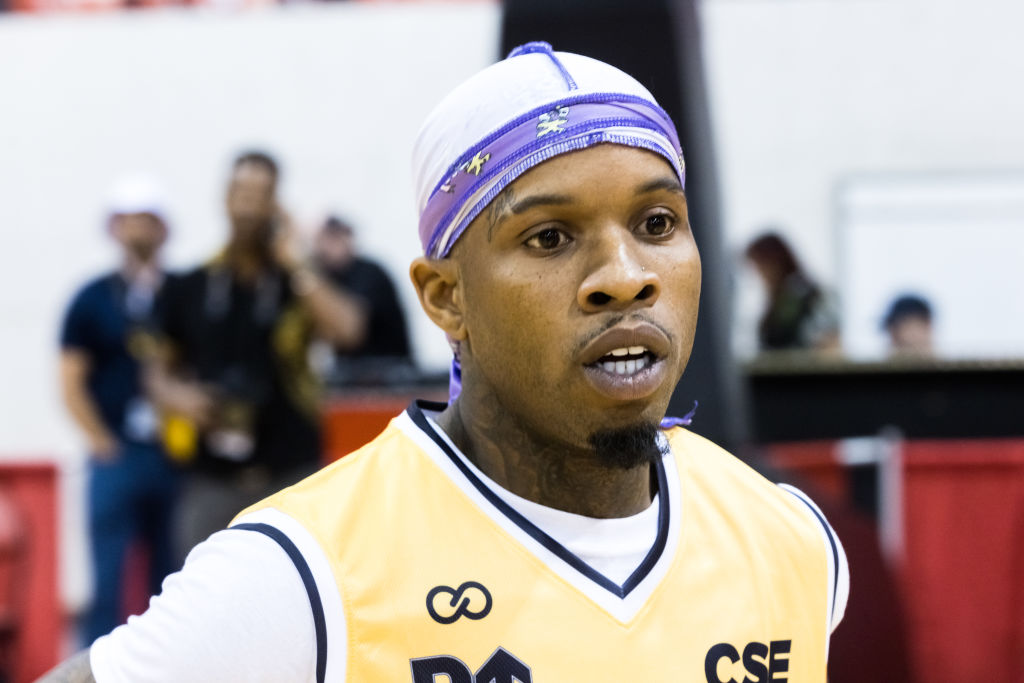 A Los Angeles jury has found Tory Lanez on all charges stemming from a 2020 shooting wounding Megan Thee Stallion.

RELATED: Tory Lanez Shooting Trial: A Timeline Of Everything That Has Happened So Far

The jury deliberated for a little over a day before rendering their verdict. Throughout the ten-day trial, jurors heard testimony from Megan, her former friend Kelsey Harris and a witness to the July 12, 2020 incident, which left the Houston rapper suffering gunshot wounds to her feet.

Lanez, real name Daystar Peterson, faces up to 22 years in prison at sentencing.

A jury has convicted Tory Lanez of all three charges for the 2020 shooting of Megan Thee Stallion. A crazy and downright scary scene in the courtroom as his father and stepmother screamed about wicks injustice.

During her testimony during the trial, Megan argued she “should have died” given the treatment she’s received online and beyond about the incident.

“There is not a day that goes by where somebody is not calling me a liar or is not shaming me for being a grown woman and having sex,” she said. Her testimony was replayed on a projector during closing arguments on Wednesday (December 22). Los Angeles Deputy District Attorney Nancy Ta argued the case wasn’t about Megan’s sex life, but rather what happened on July 12.

“(Megan) disrespected his rapping. She’s insulting him as a rapper, and that pissed him off. He had a massive ego and he could not handle being disrespected,” she told the jury. “And how dare she have the audacity to walk away from him. So he reasserted his dominance. He was going to show her.”

However, Lanez’s lawyer, George Mgdesyan, argued it was not Lanez who shot Megan but Harris and stated his client was a victim of bias.

“The story fits better if the Black man shot a Black woman. That’s what this case is about,” he said. He added regarding Harris crying in the video of her arrest, “She’s the one who shot her friend. She’s upset, she’s crying because she realized what she did. That’s why she’s crying.”