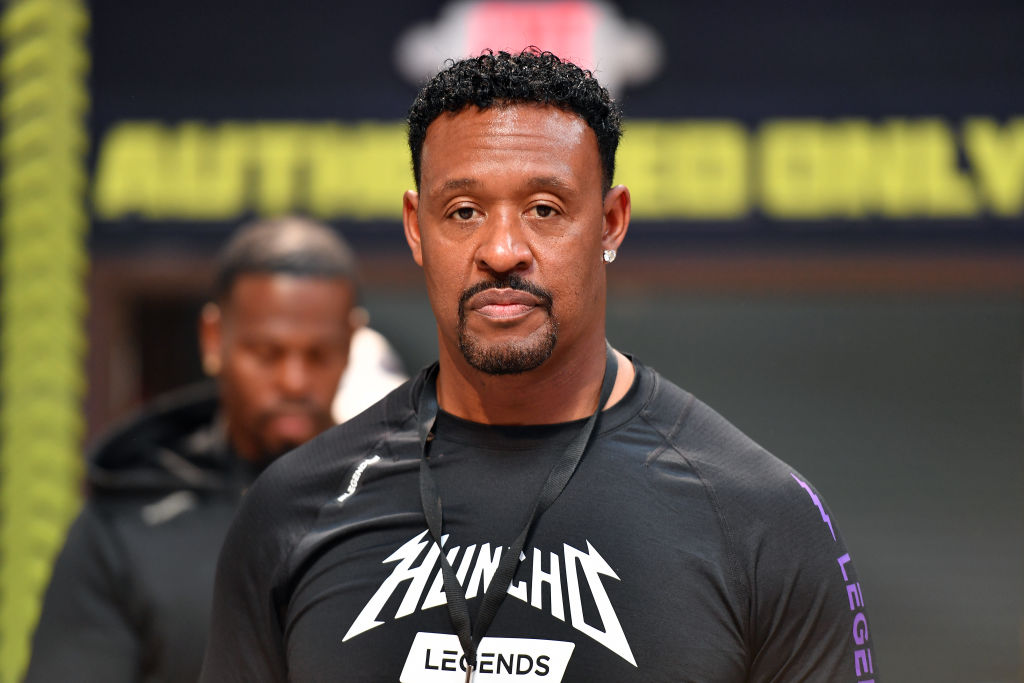 Former New England Patriot Willie McGinest has found himself in the spotlight once again.

It’s not for reliving a monster play during his days as a linebacker but for his alleged involvement in a California fight earlier in December. He’s now been arrested on a felony charge of assault with a deadly weapon for the incident which occurred in a West Hollywood nightclub.

Now video has been released of the alleged incident which appears to show Willie McGinest and his friends delivering a beatdown.

BREAKING: Former #Patriots star and current NFL Network analyst Willie McGinest has been arrested for felony assault after he beat the hell out of a man at an L.A. hotspot earlier this month, punching the guy in the face and later bashing him in the head with a bottle, video

McGinest and several of his friends can be seen walking through a set of tables in security footage from the establishment. They approach a booth and McGinest leans over and says something to a man seated. The man turns his head and appears to attempt to stand up before McGinest punches him in the face. Then at least three people from McGinest’s group begin to pile on and hit the man with repeated body shots. At one point, MCGinest can allegedly be seen grabbing a bottle and hitting a man in the head with it before tossing it.

The one-sided fight lasts for about a minute before McGinest and his crew leave the scene. The man who received the beating is then seen adjusting himself and attempting to retaliate before others hold him back. According to the Los Angeles County Sheriff’s office, after he turned himself in, McGinest was charged and then released on a $30,000 bond.

The 51-year-old played in the NFL for 15 years as a defensive end and linebacker while winning three Super Bowls with the New England Patriots. He eventually retired after the 2008 season and joined the NFL Network as a football analyst. But the Network has now found out about the fight and he has been temporarily suspended.

“We are aware of the incident and the video, which is disturbing. Willie McGinest will not appear on NFL Network while we review the matter,” the NFL Network said in a statement.

See how Twitter’s reacting to the filmed altercation below.

Me on my way to my Lawyer pic.twitter.com/qVQpSFp3uu

Willie McGinest had a crew but no fall guy. Cris Carter is shaking his head. pic.twitter.com/8INHOQ7CiO https://t.co/itTsIXePh9

When Willie McGinest and his bros are hungry but you ordered the last Osso Buco. pic.twitter.com/dd18QukI8F

@WillieMcGinest You beat up on that guy with your backup dancers for over a minute and he still stood up. And you ruined everybody else’s meal. You’re a punk ass bitch.

Ok..i hate fight vids and usually never repost but this right here is some weak ish! 50 plus year old man jumping one man?? @WillieMcGinest this is not the move sir..smh! Embarrassing!! https://t.co/hCvn7YQLea

This is incredible… turns out Willie McGinest is a damn coward https://t.co/pZ7XLghHqA

Willie McGinest rolled up in that restaurant like pic.twitter.com/Z4KLgvujLH

Willie McGinest is 51 years old bro. What kinda beef that nigga got going on

Willie McGinest is 6’5 260 and can’t fight his own fight? Has to have a crew to jump what looks like smaller dude by himself? V weak. https://t.co/WjEaDJuAh6

Willie McGinest will most likely be fired from the NFL Network and now face potential prison time, because he had to assault a man and couldn’t even take him out 1 on 1. https://t.co/fJ7wDAmYs9

I’d scream like Marv did in Home Alone if Willie McGinest was coming for mepic.twitter.com/9oSn2fXZMq https://t.co/0EudxEMt4B

That Willie McGinest video was ugly. Can’t even see any mitigating circumstances on it. Unless that person killed one of his family members he’s toast. An unprovoked attack and end up hitting the guy in the head with a bottle several times.