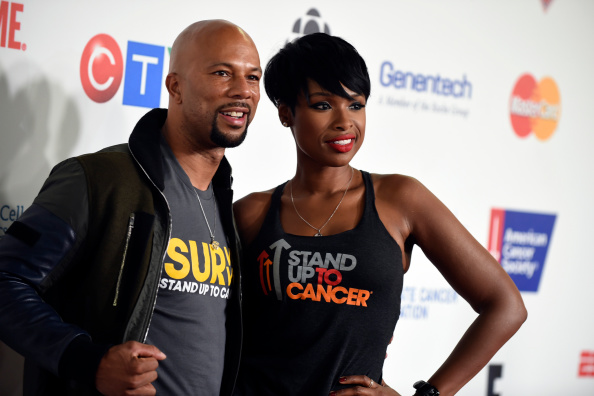 We’re down to the wire!

As 2022 comes to an end, a new year awaits with all types of anticipations ahead. Of course, one of the biggest for many will be the hope of finding love — yes, that even includes the wild and oftentimes weird world of Hollywood.

This year we’ve had to bear witness to some very interesting celebrity hookups, and even more entertaining breakups. From the will-they-or-won’t-they-survive debacle that was Kanye West and Julia Fox — spoiler alert: they didn’t! — to the blossoming relationship between Keke Palmer and Darius Jackson that resulted in a pregnancy reveal earlier this month, we’ve certainly been fed as a celebrity-consuming society when it came to the dating rumor mill in 2022.

2023 already looks like it’ll be yet another interesting year of hookups in Hollywood, with the ones currently in the “rumor mill” status of their situationships starting to pop out on the scene with a little more PDA.

Some are turning out surprisingly good…

@Cher was spotted leaving the Nobu restaurant in Malibu with her boyfriend Alexander Edwards. pic.twitter.com/OHCoTjOzs4

Some are a bit confusing…

So when are Latto and 21 Savage gonna stop playing and go public? pic.twitter.com/0XI2PvJCkv

#TroubleInParadise | @Latto unfollows @21Savage after he denies having a “celebrity girlfriend.”

…and others, well, just keep getting more and more interesting by the day.

T.J. Holmes has filed for divorce from wife Marilee Fiebig amid alleged affair with his ‘GMA 3’ co-host Amy Robach. pic.twitter.com/CeFoi5ME9H

The gag of TJ Holmes getting caught cheating and HIM, now, filing for divorce. The audacity

This is “I never knew a love like this” personified pic.twitter.com/y73NK8cYBs

In an attempt to play celebrity love doctor, or to simply make our BAW family laugh one last time before the ball drops, we put together a list of potential Hollywood couples that have a good chance at going public in 2023. Some are on the cusp of a couple photo reveal on Instagram, meanwhile others could just be a figment of our collective imagination — looking at you, Toni and Babyface! Either way, play pretend with us as we dive into the “would-be’s” in the world of love and limelight.

Take a look at 7 couples we think will be making their debut in 2023, and let us know if we hit it on the nail or had way too many shots of eggnog over the holiday season:

Mike B., man… just look away at this one.

The funnyman gets the last laugh once again!

Meanwhile, Ye is still on Kim…

Amy Robach and T.J. Holmes’ relationship is getting serious on the heels of T.J. filing for divorce from his wife … and TMZ has the evidence to prove it. https://t.co/Hv6Kf7lwKM

We got to say it: these two are hilarious! More power to them, and their pending daytime careers.

Jack Harlow spoke it into existence on “Dua Lipa”

Ashanti & Nelly need to gone head and have a baby. They miss each other sex lmaooo pic.twitter.com/UCTFOuF4Jd

Everyone wants to see this hip-hop power couple of the 2000s back together, and their chemistry obviously is still chemistry-ing! Get that old thang back, you two!

Idc what anyone say but Toni Braxton and Babyface should’ve been married https://t.co/E8OAQ7pJpK

Wishful thinking – obviously! However, with no new reports of Toni and fiancé (?) Birdman walking down the aisle anytime soon, and Babyface still rebounding after going through a divorce last year, this could be a chance to make the dreams come true for millions of R&B fans of 2014’s Love, Marriage & Divorce.

We were on this potential couple back in July, and it looks like they’re still going strong on the low. Maybe we’ll see the official couple reveal on the red carpet of their upcoming movie together, an action-thriller titled Breathe. We’ll be tuned in!