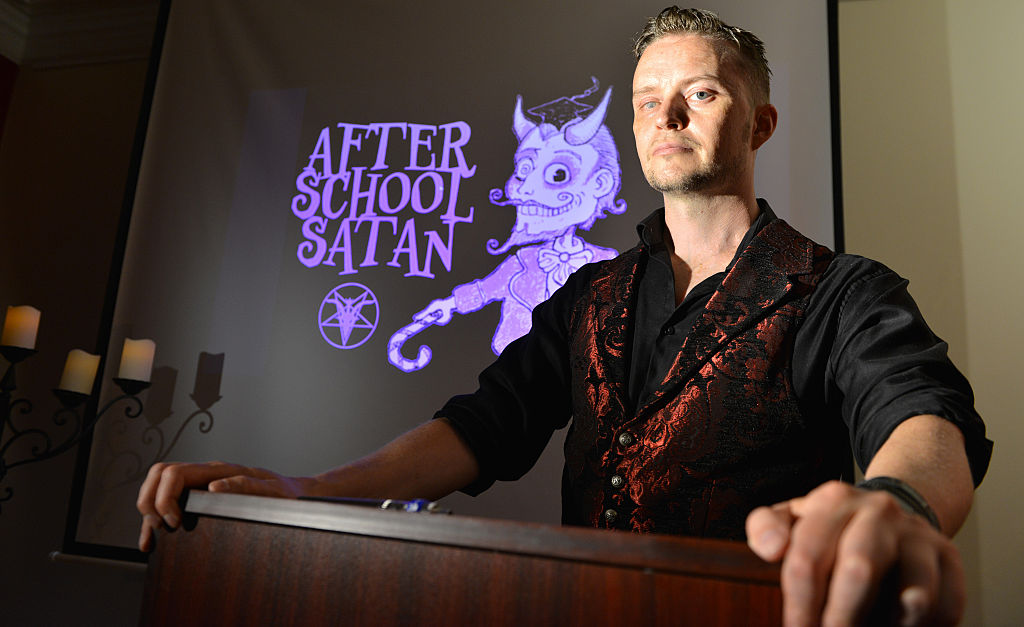 A Virginia elementary school proposed to host a Satanic after-school program. The school board initially said they were legally required to offer the club, but has since held off on voting for the club’s approval. Read more details inside.

There were 60 Chesapeake, Virigina community members who gave their insight and opinions on a proposed “Satan Club” during a school board meeting held on Monday (Dec. 12).  WAVY-TV reported that an application submitted to B.M. Williams Primary School last month was canceled last week after the club’s sponsor stepped down

The paperwork has since been resubmitted by a new sponsor. The club was originally expected to begin on Dec. 15, but it is unclear whether or not that will happen after the board meeting’s outcome.

The club is titled “After School Satan Club” or “ASSC” and an ordained minister in The Satanic Temple, June Everett, leads as the campaign director. According to Everett, the club’s mission is “to foster creativity and promote empathy. It attempts to establish a constructive and positive alternative to other religious after school clubs.”

Everett was motivated to join The Satanic Temple five years ago after her first-grader was traumatized by his classmates on the playground one day. She told Fox News Digital that, “they were attendees of the Good News Club that was taking place at the public elementary school he was attending at the time.”

The students told her emotional son that if he did not accept Jesus Christ into his heart and start going to church, he was going to burn in hell.

Since then, Everett sought out other alternatives like organizing the ASSC.

Monday’s board meeting did not lead to a concrete vote on whether to pass the ASSC’s formation, but they joined to listen to the safety and concerns surrounding its organization.

A flyer on The Satanic Temple’s Facebook Page read, “The Satanic Temple is a non-theistic religion that views Satan as a literary figure who represents a metaphorical construct of rejecting tyranny and championing the human mind and spirit. After School Satan Club does not attempt to convert children to any religious ideology. Instead, the Satanic Temple supports children to think for themselves.”

While parents in the district showed great concerns about the club, because the children are so young, lawyers said the school is legally required to make room for the club because of its affiliation with religion, tying it back to the First Amendment and freedom of speech.

All students are required to have parent-signed permissions slip to attend any after school program hosted by an outside organization, including the ASSC.

Comment your thoughts on a Satan after school club below.