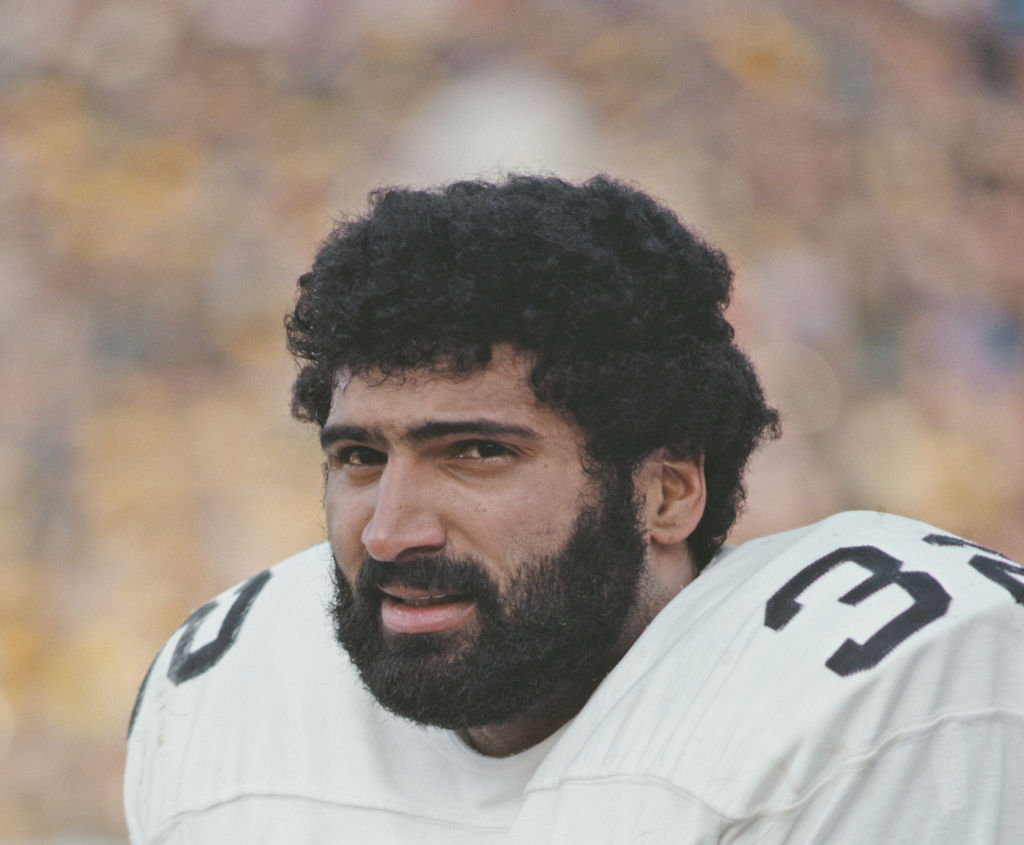 Football fans are mourning the loss of a legend.

Pittsburgh Steelers great Franco Harris has died at the age of 72. The Pro Football Hall of Fame –to which he was inducted in 1990– made the announcement that he passed overnight, while a cause of death hasn’t been revealed.

“We have lost an incredible football player, an incredible ambassador to the Hall and, most importantly, we have lost one of the finest gentlemen anyone will ever meet,” Hall of Fame President Jim Porter said in the announcement. “Franco not only impacted the game of football, but he also affected the lives of many, many people in profoundly positive ways.”

Harris’ death comes just days shy of one of the most famous plays in NFL history, dubbed “The Immaculate Reception.”

It came in 1972 when Harris’ Steelers were taking on the Oakland Raiders in the AFC divisional playoffs. With 22 seconds left in the game, quarterback Terry Bradshaw’s pass to Frenchy Fuqua was deflected and Franco Harris, a fullback, was downfield as an eligible receiver and scooped up the ball right before it hit the ground and ran it in for a touchdown.

Steelers president Art Rooney II released a statement regarding his untimely passing, citing how much Harris means to The Black & Gold.

“It is difficult to find the appropriate words to describe Franco Harris’ impact on the Pittsburgh Steelers, his teammates, the City of Pittsburgh and Steelers Nation,” Steelers President Art Rooney II said in a statement released by the team. “From his rookie season, which included the Immaculate Reception, through the next 50 years, Franco brought joy to people on and off the field. He never stopped giving back in so many ways. He touched so many, and he was loved by so many. Our thoughts and prayers are with his wife Dana, his son Dok and his extended family at this difficult time.”

See how the sports world is reacting to the loss of Franco Harris below.

The craziest play in NFL History.

RIP to the Great Franco Harris.

RIP Franco Harris – his immaculate reception from 50 years ago is forever captured at the Pittsburgh International Airport. pic.twitter.com/F1OVZqveSt

Sad day for all of us @steelers fans. Our beloved Franco Harris passed away.

The Immaculate Reception was only a small part of what made him a legend. Prayers to his family and friends. RIP Franco! pic.twitter.com/69UMwa34Oc

We have lost an Icon in Franco Harris. He embodied Pgh in his Grace, Humility, & Sense of Pride. He was a Champion on the Field & Ambassador off it. Thank you Franco for setting the standard that we all strive to achieve as a Professional & as a Person. RIP & condolences to Dana. pic.twitter.com/3GtCgOpeOW

Woke up this morning to the devastating news that my friend Franco Harris passed away during the night. One of the kindest, gentlest men I have ever known. He was a great person & great teammate. Hall of Fame player but so much more than that. A tremendous role model for me! pic.twitter.com/OswJ82x7I1

Tomlin was very good at encapsulating what Franco Harris meant to Pittsburgh pic.twitter.com/IOPcQKdL8C

My deepest condolences go out to the family & friends on the loss of the great @francoharrishof. An incredible football player but more importantly an incredible human being that inspired me in my life. #FrancoHarris will be missed. @steelers @gmfb @NFL pic.twitter.com/7v3efJ9Yju

Hall of Fame RB Franco Harris has died at the age of 72, his family confirms.

Harris’ No. 32 jersey was going to be retired this Saturday, the 50th anniversary of “The Immaculate Reception” play. pic.twitter.com/buzvFmBbD1